Commercial customers running older versions of Outlook have two months to upgrade before losing access to the company’s Microsoft 365 and Office 365 services.

Microsoft has reminded commercial customers using older versions of Outlook that they have just two months to upgrade before they’re cut off from the company’s Microsoft 365 and Office 365 services.

“After November 1, 2021, only Outlook 2013 Service Pack 1 (with latest fixes) and later will be able to connect to Microsoft 365 services,” the firm said in an unsigned Aug. 27 post to a company blog.

Last year, Microsoft dropped support for older versions of Office connecting to its online services, such as Exchange Online, as of Oct. 13, 2020. Affected editions of Office included Office 2007, which was already out of all support; Office 2010, which was to exit support on that same Oct. 13 date; and Office 2013, which was to receive support until April 2023. The support-on-services shutdown had been in the works since 2017.

At the time, Microsoft had been surprisingly gracious, saying that while support would officially end, that didn’t necessarily mean the end of connectivity. “We won’t take any active measures to block other versions of the Office client, such as Office 2013, from connecting to Office 365 services, but these older clients may encounter performance or reliability issues over time,” the developer said then.

That is what’s different now. The Nov. 1 deadline really will cut older Outlook clients from Microsoft’s services. Microsoft explained that the older Outlook 2007 and Outlook 2010 clients will be incompatible with two upcoming changes to services, including an end to support for Basic Authentication — essentially, the long-standard username + password combination — that was postponed in February 2021.

Microsoft did not say when it would drop Basic Auth support, however.

For those who haven’t yet dispensed with the old Outlook clients, Microsoft recommended — as it has confidently — that they switch to the subscription model of Office 365 or Microsoft 365, which provides always-up-to-date client software. 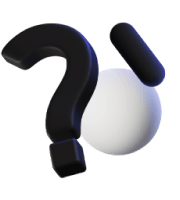 We promise to do our absolute best to help you,
even if it means an extra cup of tea.
Contact us

We are ready to answer right now! Sign up for a free consultation.

We’ll identify, procure and supply your full range of IT and communication services, systems and solutions. IT procurement is about much more than just finding the lowest cost option. We are interested in your long term success and security and will balance cost against quality.
Procurement is not just about purchasing. It is important to get the hardware and software configured and delivered as soon as possible, so there are no unnecessary delays to the deployment schedule. Our procurement eliminates the need for you to manage the complexity of multiple vendors and supply chains. By consolidating your IT procurement though a single source, you can be assured of a quality service dedicated to account management and cost savings.

Whether a new office or renovating an existing office space we are able to design implement and support the infrastructure to fit your needs a suit your future needs. Creating a flexible work space that suits your business needs.

Cyber Essentials is a certification scheme backed by the Government to reduce cyber vulnerability throughout the supply chain. When implemented correctly, the security controls outlined should prevent 80% of cyber-attacks. Launched in 2014 by the National Cyber Security Centre, the Cyber Essentials scheme highlights the five basic cyber security controls that all businesses should be implementing.

We’ll be your IT department. We can provide everything your business needs to keep its IT infrastructure running smoothly – whether it’s just another day at the office or a major data disaster has struck.
Onsite IT support can be an important part of Managed IT Support services. Nowadays most issues that are raised by clients can be resolved remotely, however, some may require an onsite presence.
And Just like an IT department our support is completely unlimited no matter how many times you call.

We utilise the cloud and simplify it to fit your business needs. The cloud allows small businesses to have enterprise level IT without the costs that are associated with it. Allowing your infrastructure to scale up and down as required creates greater flexibility and allows for increased functionality. As a Microsoft silver partner we have expertise in a range of cloud services to improve your business functions.